I heard you like homeautomation? First I liked to buy myself a “smart fan”, but since they’re expensive (~120 €) I cheaped out.

Therefore I bought a 20 € IR-controlled pedestral fan with the first goal to control it via tasmota-ir. But how to check the current status (speed) then? Well, let us open the device and check the internals.

!Warning! I’m a electrical engineer and know what I’m doing. Working with mains-voltage is very dangerous. This is no guide and I won’t recommend to rebuild it by yourself! That’s why I don’t say any detailed infomation about the used parts and their connection. It only should show the process in converting devices roughly.

First I was shocked how many empty space there is in this thing! Fortunately a lot of space to include my own electronics. Unfortunately everything on the one-sided PCB runs directly on mains-voltage or with some voltage-dividers and mixed AC/DC voltages. Therefore it’s difficult to manipulate them with DC-devices like the Wemos D1 mini directly.This is why we need a solid DC-supply first. I searched for the smallest supply, which was an old iPhone-charger. I checked the model-number (there are some versions, which have a high risk to spontaneous burn down) and connected a old USB-A-cable to it. The input is soldered directly to the fused mains-input of the fan and is isolated to prevent shorts.

To isolate the new low-voltage DC circuit from the rest of the PCB I then used optocouplers (they transmit signals with no electical contact via light) to “press” both buttons via the wemos. The first one does “On/Speed” and thus cycles the speed (Low, Mid and High). The second “Off” one turns everything off.

To get informations about the real speed I connected optocouplers to three control-lines which corespond to three speed-LEDs. They trigger a signal at the wemos which send the information to a MQTT-Server.

After isolating and assembling everything it was time to show off the new smart-thing.The video shows a basic test via the tasmota-interface. The relais-mode is self resetting to simulate a button-press. Time to integrate it into HomeAssistant and NodeRed.

I hope it was interesting and inspiring. 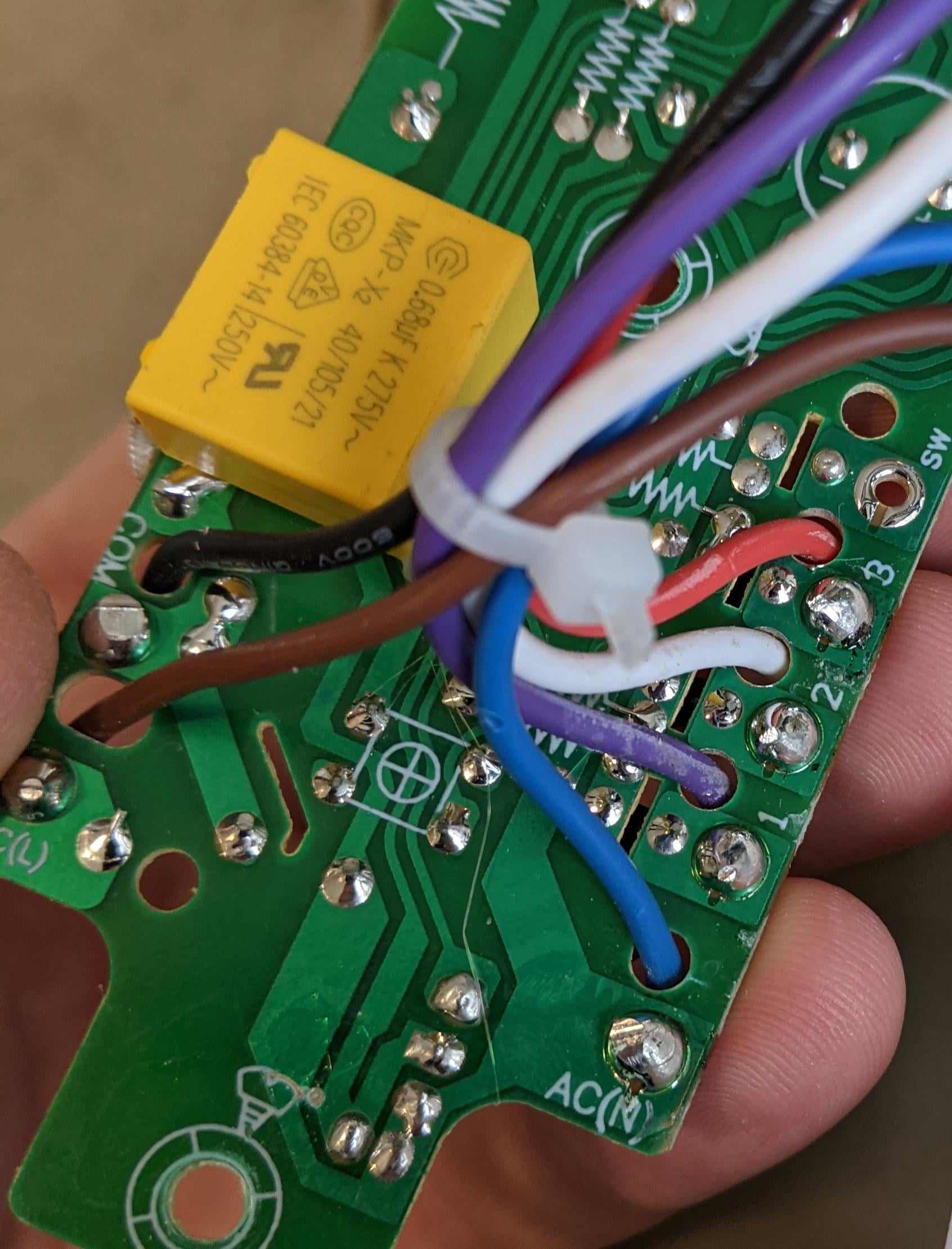 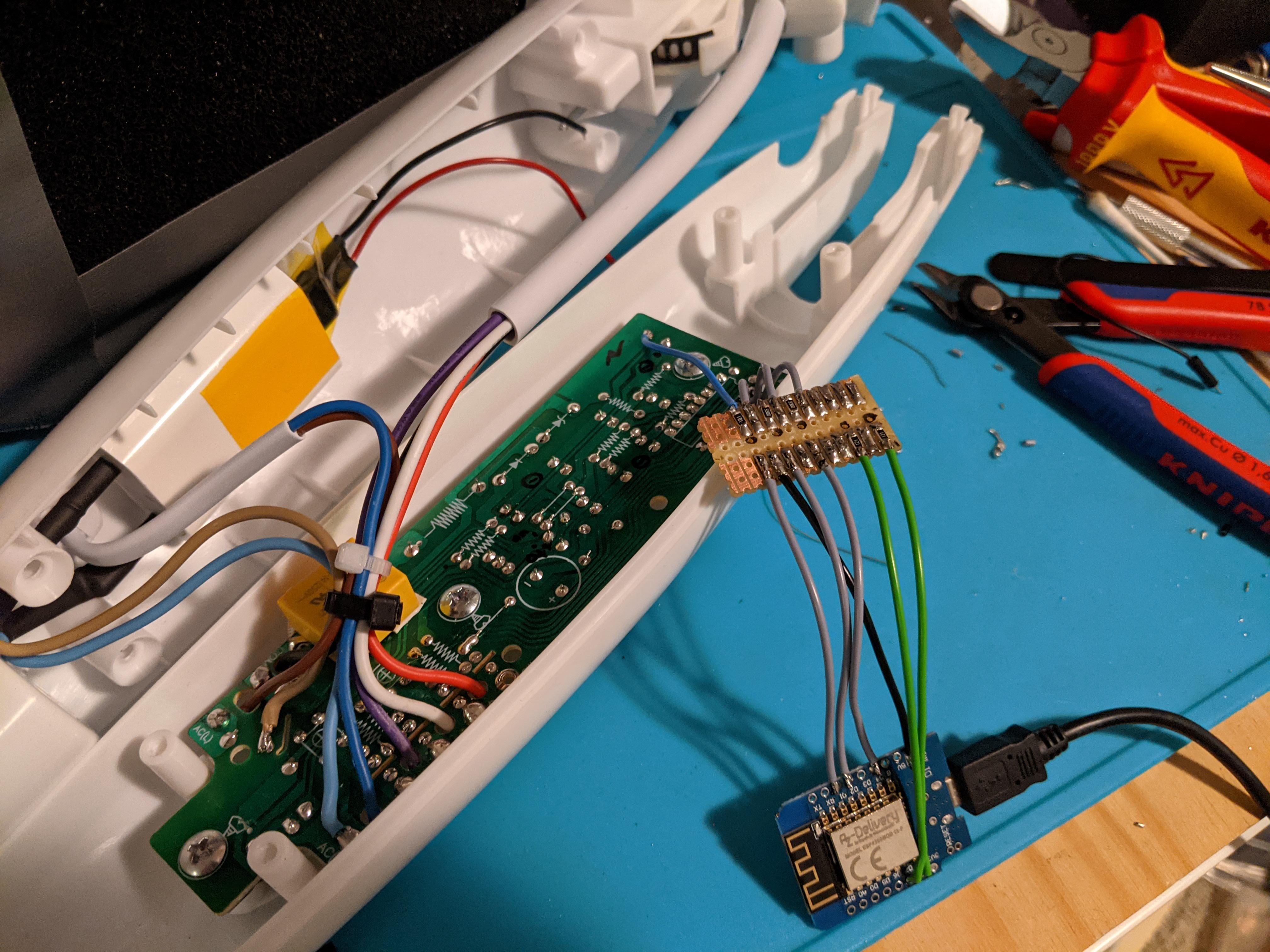 Test assembly for wemos and optocouplers

Everything isolated for assembly

ICYMI: We try out Samsung’s S Pen/case combo for the Galaxy S21 Ultra

Anyone know how I can trigger a gif file remotely on a Windows 10 PC from my android Phone? I need webhooks and use IFTTT or is there an app I can use that can do this now? Appreciate any advice I can get.

Comparison of the advantages and disadvantages of LoRa and ZigBee : homeautomation

We will be happy to hear your thoughts

Everything’s A Deal is an online store where you can find the best Amazon products.

We know that it is hard to find the awesome products on Amazon that suits your needs best. You spend hours if not days researching your desired product on Amazon but none fits your needs. We are here to help you.